“The Other Face” (by Pat Black)

Posted on May 1, 2019 by somethingisgoingtohappen

Pat Black makes his EQMM debut in our current issue (May/June 2019) and we have more of his work coming up. His stories have also been published in a number of anthologies, including Northern Crime One. He was the runner-up in the Bloody Scotland short-story contest, and one of the winners in the Daily Telegraph’s ghost stories competition. He has also just made his debut as a novelist with the thriller The Family. By day, Pat is a journalist working in Yorkshire, but his native city is Glasgow, and he tells us he will always belong to that place. In this post, he talks about a characteristic identified with the Scottish psyche that also pertains to crime fiction. —Janet Hutchings 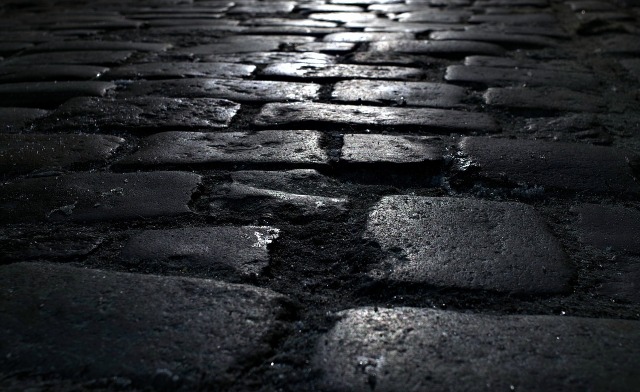 Caledonian antisyzygy—hard to type, harder to say. It’s like a country you could never find on a map, one which could do with an emergency aid drop of vowels.

The term was coined 100 years ago by the writer G. Gregory Smith, and expanded upon a few years later by the poet Hugh MacDiarmid. It refers to two polarities which coexist in the one entity within the Scottish psyche.

To put it another way: Our national identity has two faces.

This has a number of manifestations. Scots can present themselves as abstemious and bibulous; hard-working and feckless; dour and manic; blunt and garrulous; stingy and generous; qualities which could be observed in one single guest over the course of a wedding. Viewed as a country, we can be split into highlanders and lowlanders, Weegies and Edinburghers, British Loyalists and Rebellious Scots, Protestants and Catholics—dare I say it, Celtic and Rangers.

This double-edged quality is by no means unique to Scotland, but our fiction, and particularly our crime fiction, thrives upon it.

The starting point in our antisyzygian journey must be James Hogg’s The Private Memoirs And Confessions of a Justified Sinner (1821). This brutal dissection of Calvinist doctrine follows a religious zealot, convinced he is predestined for paradise, as he begins a murderous campaign to ruin the life of his happier, more attractive brother. The devil is present in the novel, or at the very least one of his lieutenants, goading, prodding, and challenging the pale-faced inadequate into foul deeds. Doubles and doppelgangers haunt the story, and this leads us to Robert Louis Stevenson’s Strange Case Of Dr. Jekyll And Mr. Hyde (1886).

This tale serves as the very definition of Caledonian antisyzygy, and requires no introduction. The good doctor’s split personality lends itself to lots of different interpretations, even as times and tolerances change. I tend to take a more literal reading of the text: we probably all know someone who becomes a completely different person after taking a drink.

Antisyzygy (I swear I will type this correctly, first time, just once) is the foundation stone of Tartan Noir, a genre which gave the world Ian Rankin, Denise Mina, Val McDermid, Christopher Brookmyre and many other writers, starting with William McIlvanney’s Glasgow detective Laidlaw. We punch well above our weight in this arena, for a small country.

Irvine Welsh might not be most readily associated with crime novels, but Caledonian antisyzygy flows in his stories’ well-tapped veins. As a heroin addict, Trainspotting’s hero Renton might be a lowlife—but he has a brain, and at one point in his past he even had prospects. He can mingle in different circles, speak in different tongues, and eventually escapes Leith and its self-destructive distractions. He can switch modes for different scenarios, but he belongs in none of them. A man in a mask.

The Marabou Stork Nightmares is a better example, its split narrative contrasting the comatose Roy Strang’s recollections of a traumatic Leith childhood with a bizarre fever dream in which he hunts down an avian monster in a fictionalised South Africa. Who is that monster, really? Silly question . . .

Edinburgh dominates Tartan Noir. Its Old Town and New Town provides a geographic illustration of antisyzygy—the poverty, danger and squalor of one side of Scotland’s capital contrasting with the other’s wealth, gentility and urbanity. And the real city even comes preloaded with a prototype Jekyll-and-Hyde figure in Deacon Brodie; bible-thumper by day, housebreaker and debaucher by night.

Glasgow has its own claims as a city with two faces. It’s a place of astonishing scientific and engineering breakthroughs and its own generous helping of writers, artists, comedians, and musicians—but a city all too readily associated with drink, violence, and sectarian conflict. The best and worst of humanity, living side by side.

It does seem egotistical for Scotland to claim any sort of controlling stake in duality. We invented a lot of things, but this quality is hardly a Scottish construct. But it’s telling that storytellers hailing from Scotland return to this theme so many times, particularly in crime fiction. The genre came under fire latterly, with some commentators including the comedian Doon Mackichan lamenting the fact that so many crime dramas on the screen or the printed page feature murdered women. There’s a suggestion here that such stories are predisposed towards misogyny.

I’d tend to go with Val McDermid’s doughty defence of the genre, in which she said that the beauty of crime stories is that we actually gain an insight into victims, and the aftermath of crimes, which might be otherwise lacking in sober coverage of true-life incidents. In uncovering humanity’s dark side—separate from outright exploitation, of course—we gain sympathy for the victims and their families, or we are at least provided with an insight into how they felt.

And there is also the idea of closure; that in crime fiction, foul deeds will be fully uncovered, and perhaps even punished. Vengeance is mine, saith the crime writer. Viewed from this perspective, crime fiction can have a resolution which might be painfully lacking in real life.

The explosion in true crime podcasts and TV series has run into similar critical opposition. Is it exploitative to have real-life events exposed to such forensic detail, while victims and their families are still alive and well? Yes, if the material is handled clumsily. But I’d argue that dense, detailed examinations of horrible crimes can help to demythologise them—to move murders away from the realms of folklore and infamy, removing something of the dark allure of notorious crimes, and dragging evil acts into the light of proper scrutiny.

A great recent example is Hallie Rubenhold’s recent The Five, an illustration of Jack the Ripper’s victims. This book humanises the tragic lives of women whose names might have been represented in the past as a tick on an obscene scorecard. It is also sprinkled with the gold dust of new theories and information about the ultimate cold case. To take one example, Rubenhold suggests that the victims were attacked while they were sleeping, challenging Ripperologist orthodoxy.

Whether crime books are true life or fictional, the impulse to read them and to write them is the same: to examine the darker parts of human nature. To be fascinated by horrific crimes is normal, precisely because they are abnormal. Per capita of the population, murders are still relatively uncommon, and it’s only natural that we should be curious about how and why they take place, from both a forensic and psychological viewpoint. When it comes to crime, shrugging one’s shoulders and turning away is one of the worst options available to us.

And so we return to antisyzygy, as we consider the mug shots we see in our news feeds; the talking-heads videos featuring shocked neighbours, contending that a serial killer seemed like such a normal, regular person who kept themselves to themselves.

Aside from the puzzle-solving element, perhaps this is why crime writing is so endlessly fascinating: the idea that behind a face you thought you knew, a monster lurks, obscene and unfathomable.

And perhaps even worse, there’s the suspicion that if you had been dealt a different hand in life, the face of Mr. Hyde might have been the one you see in the mirror.