“Three Unique Variations on the Crime Novel” (by Michael Cowgill)

Posted on March 20, 2019 by somethingisgoingtohappen

Michael Cowgill makes his professional fiction debut in the Department of First Stories of the current issue of Ellery Queen’s Mystery Magazine (March/April 2019), with the story “Call Me Chuckles.” His short fiction had previously appeared in two small literary publications. He also writes comics; he’s a member of the comics collective The DC Conspiracy, and his comics work has been published in the comics newspaper Magic Bullet and in the anthologies District Comics and Wild Ocean. It’s clear from this post that the Virginia author is a devoted reader of crime fiction, so it is not surprising that he has now entered our field with his own writing.—Janet Hutchings 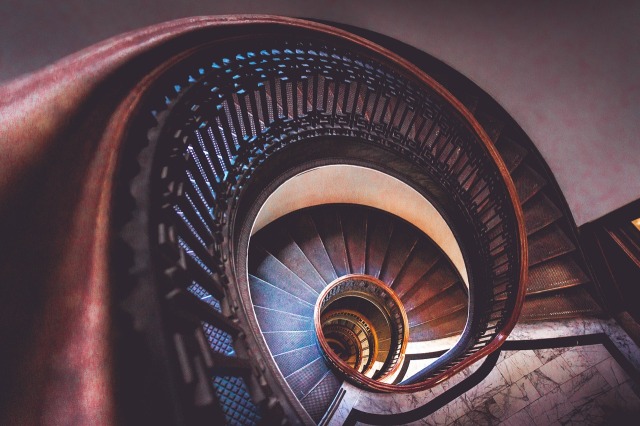 As a reader and writer, what happens to a character usually interests me more than what happens. I do enjoy a good “what happens” story, but when a crime or detective story does both, I take notice. Here, I look at three crime novels that play with conventions to create unique variations on detective stories.

I first read Robert B. Parker’s Early Autumn (1980) the summer between eighth and ninth grade. The TV series Spenser: For Hire had stirred an interest, and I picked up paperbacks of The Promised Land and Early Autumn. While the novel doesn’t have a dense mystery, Parker pushes against typical hard-boiled detective ideas and perhaps more importantly pushes Spenser as a character, starting a string of novels through A Catskill Eagle (1985) that does the same.

It begins in an almost blatantly conventional way. An attractive divorcée walks into Spenser’s office, wiggles, and flirts, while Spenser makes wisecracks to her and the reader. Patty Giacomin’s ex-husband Mel has taken their 15-year-old son Paul and stashed him away as a salvo in their post-divorce drama. Spenser takes the case, and by the end of chapter three, with a little leg work, a few more wisecracks, and a threat or two of violence, he’s brought Paul home.

Things start to turn as he observes Paul on the ride home, then at dinner at a Chinese restaurant. Paul answers questions with shrugs, wears ill-fitting clothes, whines, and doesn’t know how to order food. As Spenser later tells his girlfriend Susan, “The kid’s never been taught how to act.” A few months later, Mel sends two thugs after Paul, and Spenser moves in to keep an eye on him. Parker serves up a big action scene, and then the book makes its biggest turn.

Spenser temporarily takes custody of Paul, and they go to a cabin near a lake. He tells Susan “I’ll teach him what I know. I know how to do carpentry. I know how to cook. I know how to punch. I know how to act.” He wants to give Paul autonomy from his lousy parents. They run, lift weights, punch boxing bags, and build a new cabin. Spenser gives Paul discipline, but he also listens to him, gets him to express his interests, and encourages those interests even when they don’t interest him. Paul wants to see and possibly study ballet, so they go to a ballet.

The novel returns to the external near the end, but even that serves this more internal story of Spenser and Paul. In order to solve Paul, Spenser has to get his parents out of the picture. As he often does, he resorts to blackmail and a little more violence. Still, Spenser doesn’t so much save Paul from bad guys as save him from their effects. The process also tests Spenser’s relationship with Susan and defines or redefines his worldview, his code, sometimes calling it into question.

Washington, D.C. writer George Pelecanos has divided his work between detective series and more stand-alone urban crime novels, and I gravitate to that second category. His latest novel The Man Who Came Uptown (2018) starts like a detective novel but quickly becomes something else. Through the point of view of Antonius, a young man in trouble for an armed robbery, Pelecanos introduces investigator Phil Ornazian, and he seems like the protagonist—a detective, a solver of problems. He can’t solve Antonius’s problems, but in passing, he asks Antonius to pass a message to another inmate Michael Hudson.

Anna, a mobile librarian at the D.C. Jail, curates books for prisoners, and through her influence Michael has become an avid reader. Pelecanos describes the way the library system works in the D.C. Jail and the details of Anna’s job, and over time he shows her leading book groups and portrays her life in a gentrifying area of Northwest D.C.

It doesn’t take long to see Ornazian’s less appealing side. In chapter three, he and retired police officer turned bondsman Ward violently rob a pimp. They view it as a Robin Hood-like effort, stealing from a crook and giving some of the money to the prostitute who tipped them off. Ornazian also justifies it because it helps his family, but it looks ugly.

Although Ornazian’s efforts (strong-arming a witness) get Michael’s charges dropped, his other behavior stands in contrast to both Michael and Anna. Michael returns home to his mother’s house and finds a job as a dishwasher at a brick-oven restaurant in his changing neighborhood. He also seeks out books, thinks about his future, and keeps his head down. He even runs into Anna with her husband at the restaurant, and though they seem to have a mutual attraction, neither pursues it. His life seems headed in the right direction until Ornazian calls in a favor. He and Ward need a wheel man for their next job (robbing the owner of an underground brothel), and Michael can’t say no. At this point, Ornazian becomes the villain of the novel.

I won’t spoil any more, but Pelecanos uses this stage in interesting ways. He confounds our expectations of certain characters and, as he always does, creates a portrait of Washington, D.C., at a given moment, presenting the changing nature of a diverse, unique city and recognizing the complexity of those changes for ill and for good.

Like Pelecanos, Megan Abbott often focuses on a specific world, though it changes from novel to novel. In You Will Know Me (2016), she turns her attention on competitive girls’ gymnastics. That doesn’t sound like the setting for a crime novel, and unlike Parker and Pelecanos, Abbott performs a different trick. She starts with a more traditionally literary setting and subject—the suburbs and family—and gradually reveals the crime story.

She shows this gymnastics world through the eyes of Katie, whose daughter Devon has Olympic potential. Abbott introduces this all through Katie’s slightly drunken memories of a tiki party for the girls and parents of BelStars gym, then backs up to three-year-old Devon losing toes in an accident with a lawnmower. That accident leads to gymnastics, which leads to Katie and her husband Eric throwing themselves into supporting Devon at the expense of their time, credit, and son Drew. Coach Teddy of BelStars suggests to them Devon’s full potential, and they put her on that track. She has a slight bobble at a major event, and this slows her progress, so they decide to skip that level and go for senior elites.

Not long before qualifiers, tragedy strikes the BelStars community. A hit-and-run driver kills Ryan, the young, handsome boyfriend of Teddy’s niece Hailey. Nerves fray, cops ask questions, Hailey attacks Devon in the locker room. As the community reels, Katie in a way takes on the role of detective. Always slightly on the outside of the other parents because of Devon’s stardom, lately on the outside of Eric and Devon’s relationship, she observes, yet for a long time she misses the clues right in front of her.

When someone hands her a piece of damning evidence, Katie becomes a woman of action, and the clues reveal themselves: “It was as if Katie were wearing glasses for the first time in her life, the world suddenly brought into sharp focus.” One clue leads to another. She reads diaries, visits the accident scene, and even interrogates one of the gymnasts. Later, she confronts that girl’s wealthy mother, who wields her power and knowledge like hundreds of other wealthy characters in detective novels. In the end, Katie gets a confession from the guilty party.

Abbott writes all of this in crisp, sensual language, reinforcing the events and emotions with the sound of her words. She also stirs in Gothic elements: she references haunted houses; Drew contracts scarlet fever; Hailey comes unhinged at the funeral reception; Katie, Devon, and Drew all have vivid nightmares. The interrogation plays like a visit with someone locked in her own house. These elements and the slow unraveling of the truth have the tension a crime novel, yet Abbott never loses sight of her overriding theme: what parents do to protect their children.

One of my teachers said you create a new form every time you write a novel, and to varying degrees Parker, Pelecanos, and Abbott do just that. Abbott creates the most unique version, but all three make something different from the norm that could appeal to readers of both crime and literary fiction.

This entry was posted in Uncategorized. Bookmark the permalink.