“Chekhov for the Gun-Shy” (by Reed Johnson)

Posted on March 13, 2019 by somethingisgoingtohappen

Reed Johnson’s fiction and nonfiction have appeared in many publications, including The Gettysburg Review, Meridian, New England Review, Narrative, and The New Yorker online. His first story for EQMM was November/December 2018’s “Open House,” which has been chosen for inclusion in Best American Mystery Stories 2019, edited by Jonathan Lethem. The author is not only a fiction writer but a scholar and teacher of expository writing at Harvard University. He holds a PhD in Slavic Languages and Literatures and an MFA in Creative Writing, both from the University of Virginia. In this post he brings some scholarly knowledge to bear on a topic that should interest both writers and readers of crime fiction (and fiction generally!). —Janet Hutchings 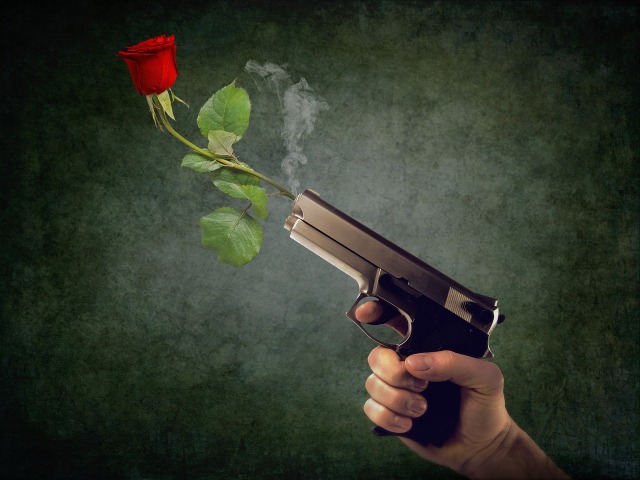 “Remove everything that has no relevance to the story,” Chekhov is said to have advised would-be authors. “If you say in the first chapter that there is a rifle hanging on the wall, in the second or third chapter it absolutely must go off. If it’s not going to be fired, it shouldn’t be hanging there.” Chekhov, of course, should know: as author of several hundred short stories along with plays like Uncle Vanya, The Three Sisters, and The Cherry Orchard, he is considered to be one of the few writers—perhaps the only writer—to create such a lasting legacy in two separate genres. Not only was Chekhov a great writer, but he was also an astute student and teacher of narrative forms, and this injunction—that is, to leave no pistol hanging on the wall unfired—has now come down to us repackaged in countless writing manuals as the dictum of “Chekhov’s gun.” If physics has its law of the conservation of momentum, then fiction has its own law, the law of conservation of detail, and Chekhov and his gun are usually credited with its discovery.

There is, however, one problem. Namely, exactly what makes Chekhov’s work so—well, Chekhovian, is the author’s apparent inability or unwillingness to follow his own gun-handling instructions. His stories are full of unrealized promises, of anticlimaxes and clear failures to deliver. The Russian critic Viktor Shklovsky described Chekhov’s anticlimactic denouements as nulevye okonchania, or “zero endings.” Which is to say that often nothing at all seems to change in Chekhovian story—we are returned to the beginning, back to zero. Indeed, the apparent violation of the author’s own law seems more egregious than even this: not only does nothing seem to change, but the story’s epiphany often hinges on this very failure to deliver the transformation that was telegraphed by the story’s plot. Chekhov clearly had little interest in traditional rules of storytelling, complaining that conventional endings demanded that, in his words, “either the hero gets married or shoots himself.” In his plays, a brace of old dueling pistols might hang above the mantle on stage, waiting for the moment when the hero might grab one and—to gasps from the audience—might turn it on himself and—click . . . click. The hanging pistol isn’t loaded, of course; why would it be? Chekhov’s actual gun thus only hangs on the wall for the purpose of making the reader, or viewer, believe that it might fire, and then, in the most dramatic fashion, fail to do so.

This is the deeper lesson we might derive from Chekhov’s work: an apparent nonevent, a failed moment of transformation, an anticlimax, might be just as powerful as the event, the transformation, the expected climax. For Conan Doyle, it’s the dog that didn’t bark. Or to transpose the technique into the visual arts, it is the negative space that gives form to the object. In the right writer’s hands, what doesn’t happen in story may be just as dramatic as what does.

Of course, our days are filled with these nonevents, which pass us by without fanfare or even notice. Every day on my way to work, I fail to be raptured up to heaven or accosted by giant trash-talking wallabies. Clearly, the nonevent has to be one that has been telegraphed or anticipated in some way, or else its failure to materialize holds little meaning to us. This is why the fictional narrative, and the mystery story above all, is not one story but two: The first is the plot as it actually exists on the page, and the second a sort of ghost plot that consists of anticipated but unrealized events—a chain of otherwise that exists in a sort of a continually evolving dialectic with the actual. Each of these two stories, real and ghost, gives the other its shape. For the critic Hans Robert Jauss, every story unfolds against the reader’s Erwartungshorizont, or “horizon of expectations.” In order to mentally parse the events of the yet-unfinished story, the reader anticipates the future meaning and implications of these events, adjusting as these expectations are borne out or fail to materialize. As the readers of this blog already know, misdirection and foiled expectations are the lifeblood of mystery and thrillers. A mystery is as good as its red herrings. And the best writers of suspense are skilled at making this horizon of expectations just as vivid in the reader’s mind as the events actually realized in the plot.

Genre, too, plays a critical role in defining this “ghost plot” of readerly expectations. The mystery writer, for instance, is forced to constantly innovate both within and against the conventions of the genre to avoid giving the mystery a predictable solution. But in writing against convention, the mystery writer must also contend with the way that these same innovations are themselves continually being incorporated into readers’ generic horizons of expectation. This game of anticipated reactions seems to echo the dizzyingly recursive logic of Wallace Shawn’s character in The Princess Bride as he prepares to drink a vial that may contain poison: You expect me to expect that you will expect that I . . . , and so on. In this context, Chekhov’s gun is only part of the weaponry of a larger arms race. If we expect the gun not to go off, it should; if we expect that that it will, it surely shouldn’t.

But what about the gun that neither goes off nor fails to go off—neither a clue nor a red herring, not the crux of a climax or anticlimax, but a gun that simply hangs on the wall, dumb and inert? It may be that this unused and useless gun tells us something about character. After all, what sort of hero hangs guns on the wall as mere decoration? Perhaps a Chekhovian landowner, who keeps a brace of old dueling pistols above the mantle not because he expects to ever use them, but because they speak to some romantic nostalgia that is key to his character—the same part of him, say, that reads Dumas in Russian translation and drinks sherry and pontificates on the importance of lofty ideals even as he neglects the ragged tenant farmers on his estate. Chekhov, of course, was a master at using the telling detail to illuminate character.

Or perhaps these guns might say really nothing at all. Maybe the sheer randomness of their inclusion gives the illusion of a larger, messier world to which they might belong. The critic Roland Barthes calls this l’effet de réel, or the “reality effect,” the notion that a work’s verisimilitude, its illusion of real life, is sharpened by the inclusion of such small details, ones that serve no visible function in the development of plot or character. It is this excess or abundance, this lack of meaningfulness, that we associate more with reality than with story. In other words, here we have precisely the opposite lesson of Chekhov’s gun. The useless detail is useful, in other words, precisely because of its uselessness. Chekhov, too, understood this sort of gun, and filled his work with the unmotivated particulars of everyday life, the better to render its texture to the reader. And so too we have come to our own zero ending, our return to the world—all these fictional guns, just like real ones, may go off or fail to go off, or may even slay the reader while still hanging on the wall, not a single shot ever fired.

2 Responses to “Chekhov for the Gun-Shy” (by Reed Johnson)