“The Unknowable and the Imagination” (by V.S. Kemanis)

Posted on July 24, 2019 by somethingisgoingtohappen

V.S. Kemanis, author of the Dana Hargrove mystery novels, is also a short-story writer with work in EQMM and a number of literary magazines. Her latest story for EQMM, “Dzintra’s Tale,” in our current issue (July/August 2019), is generating a lot of reader interest, so we asked her to do a post for this site giving some of the background to the story. I think you’ll agree that the history (including the personal histories) behind the story is as moving as the fiction. —Janet Hutchings

You reach a certain age and realize it’s too late to accomplish things you wish you’d done. Some things might still be possible. Like learning another foreign language. Some are not impossible, but it wouldn’t be wise to attempt. Like learning how to surf. And some are, without question, impossible. Like getting the answers to questions you failed to ask your late relatives.

I’ve been trying to learn Latvian, a very difficult language, without getting very far. I’ve given up on the idea of learning how to surf. And I’m resigned to the fact that I cannot communicate with the dead.

This is not to say that I failed completely, but with every question that was answered, a dozen more come to mind about the lives of my father Gunars Kemanis and his sister, my Aunt Rita.

Milda, Rita, and Gunars Kemanis circa 1932

Since their deaths in 2001 and 2004, respectively, my curiosity has grown, sowing a fertile field for the imagination. A half dozen stories have come of this, and “Dzintra’s Tale” is one of them.

A few readers have asked if the story is true. Any fiction writer welcomes this question, an indication that the writing is emotionally engaging. Although “Dzintra’s Tale” is a product of my imagination, a few bits of family lore and artifacts inspired it. The historic record provides the setting. Thus, a story is crafted.

Janis and Milda Kemanis, and their children Gunars and Rita, were Latvian nationals driven from their home during the mass exodus of 1944. An estimated 200,000 Latvian “displaced persons” eventually resettled around the world. The Kemanis family lived in a DP camp in Germany for more than three years. In 1948, Aunt Rita emigrated to Canada, and my grandparents followed her in 1950. In “Dzintra’s Tale,” the character Ausma has a “Certificate of Identity in Lieu of Passport” like this one issued to my Aunt Rita.

My father received a scholarship to study in California. In 1949, he boarded a transport ship, the USS General LeRoy Eltinge. My mother, Katherine Trask, worked with the sponsor organization, Church World Service. She received this exciting telegram announcing his imminent arrival in New Orleans.

You can guess what eventually happened. Katherine and Gunars fell in love and got married in 1951.

My father earned a PhD in engineering at UC Berkeley and designed communications satellites for Hughes Aircraft. Out of gratitude to this country, he embraced American culture completely, virtually to the point of erasing his roots. He did not speak Latvian at home and did not observe Latvian traditions or holidays. As an adult, I came to regret the lost opportunity to learn the language and the culture. My father did impart some family history, and I learned more from my aunt who, in 1996, agreed to a taped interview.

Latvia has a long history of foreign occupation. During WWII, it was a pawn in a power struggle between Germany and the USSR. William Burton McCormick, a frequent contributor to EQMM and AHMM, was so moved by the country’s tragic history that he lived and studied in Latvia for several years and incorporated this knowledge in his excellent historical novel, Lenin’s Harem. Click here for a book review and my Q & A with Bill.

Latvia’s official website provides a full history, but the part relevant to “Dzintra’s Tale” is this. In June 1940, the Soviets invaded Latvia and installed a puppet government. On June 14-15, 1941, in a single night of terror, Stalin carried out a mass deportation of an estimated 15,500 Latvians labeled “enemies of the people.” A week later, June 22, 1941, the Germans invaded and pushed the Soviets out. At first, Latvians regarded them as liberators from Soviet terror. Very soon, however, the Germans began their own campaign of mass extermination, exemplified most horrifically by the massacre of Jews at Rumbula. During the ensuing three-year occupation, the Germans killed approximately 70,000 Jewish people, 2,000 Romani people, and 18,000 other Latvians as political enemies. In October 1944, the Red Army pushed the Germans out, and Latvia was again under Soviet control. With memories of June 1941 and disappeared loved ones, many Latvians weren’t going to stick around to see what Stalin would do next.

At the start of the war, the Kemanis family had an apartment in Riga and a 300-acre farm outside the city. Janis Kemanis worked for the Latvian border guard, and Milda Kemanis was a math teacher. In 1940, the Soviets disbanded Janis’s agency and confiscated all but 30 acres of their farm; Milda continued to teach in Riga. On June 14, 1941, Rita and Gunars, then 14 and 13 respectively, were at the farm, and Janis and Milda were in Riga. A friend warned Rita that people were being arrested, and civil servants like Janis were likely to be swept up. Rita tried to call her parents, but the line was dead. Terrified, she rode her bicycle to a neighboring farm, only to witness Soviet officers arresting the entire family. She turned around quickly. By sheer luck, Janis and Milda evaded arrest and came to the farm. A week later, “Nobody even heard the Germans coming in,” said Rita about their life at the farm. “We woke up in the morning and there they were . . . settled in the yard, about fifty of them.”

The family struggled through three years of German occupation and fled when the Russians came back in 1944. Rita was nearly 18 and Gunars was 16. “The Russians were practically on our doorstep . . . The Germans were digging in in our garden and the Russians were a mile away when we got out.” In a panic, they loaded two horse-drawn wagons with household goods and joined the mass exodus. At the port, boats were leaving for Sweden or Germany. They abandoned everything, bringing only what they could carry in potato sacks, and got on the only available boat, headed to Germany.

I now possess several family photos with little bits of paper stuck to them, obvious signs that they were ripped out of albums that couldn’t be taken along. I don’t know who these people are—questions I never asked—but can’t bring myself to throw the photos away.

Rita recalled this about the evacuation:

All the war time, there was only one thing that really, really impressed me, and I can still remember it. I mean nothing, no bombings no shootings, no . . . [voice breaking] We were in the middle of the highway. It was a paved highway, there were German tanks and trucks and army vehicles withdrawing. And on the shoulders—they were not paved, there was gravel—were refugees with wagons. On the side, there were a few people on horseback. I was driving one of the wagons and there was a huge horse and a boy, maybe seven or eight years old, riding bareback . . . The boy fell off the horse and the horse stepped on his leg, and I could hear the bones crunch. The kid screamed and nobody could stop. You couldn’t stop. You couldn’t do anything because the traffic was one by one.

This terrifying story, fictionalized, became part of the mystery in “Dzintra’s Tale.”

The Latvian SSR government remained in power until the fall of the Soviet Union. After Latvia regained its independence, my father and aunt did not return to visit. My father said he wanted to remember Latvia the way it was in his youth. His bitterness toward the Russians ran very deep.

My overwhelming curiosity, however, led me to visit. I chose 2013, a year when the country hosted the national Song and Dance Festival, an event that takes place every five years. The enormity, beauty, precision, and organization of this festival are mind-boggling. 15,000 people of all ages perform folk dances in intricate patterns at Daugava Stadium in Riga, and 20,000 people sing together in perfect harmony in the amphitheater at Mežaparks.

To give you an idea, click here for a lovely three-minute film.

Out of conflict and oppression, unity emerges, beauty endures. Seeing and hearing those 20,000 singers in national costume was a deeply moving experience I will never forget. Golden amber, Dzintra’s namesake, is fossilized tree resin with trapped bits of organic matter and insects—an apt metaphor for encapsulated time, a mysterious past. 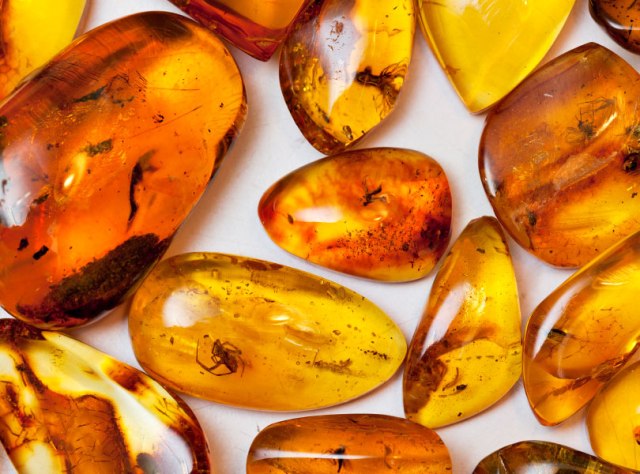 4 Responses to “The Unknowable and the Imagination” (by V.S. Kemanis)