Posted on April 3, 2019 by somethingisgoingtohappen

A San Francisco-area resident who works as a freelance copywriter, Sophia Huneycutt makes her fiction debut with the very contemporary and timely story “A Perfect Life,” in our current issue, March/April 2019. There’s been a lot written in recent years about female investigators in crime fiction, but what about female culprits? In this post we get a look at some of the most fascinating of them all.—Janet Hutchings

There’s little doubt that fictional female killers are thrilling. But why?

Maybe it’s because they offer some variance in story. After reading about men slashing and shooting away to their heart’s content—fair, since only 10% of known murderers are female—a female killer feels like a breath of fresh, if bloody, air. They have different surface-level reasons for killing (often defensive), which can be nice for a change. Plus, after reading descriptions of so many dead female bodies, a live one doing the killing is riveting.

I tend to root for female killers, just as I quietly cheer for Lucifer in Paradise Lost or Erik Killmonger in the movie Black Panther—these villains often have, underneath their short-sighted worldview, a point. I know their revolutions will be quelled and am thankful for it, otherwise chaos would ensue, but I root for them nonetheless.

Every single female killer has centuries of grievances behind her: repression, sexual abuse, emotional abuse, discrimination, outrageous social pressure. The ones who turn to murder have more than the usual problems piled on top of those historical wrongs. Complex emotions—righteousness, fury, love, hurt, thwarted ambition, loneliness—pile up, suffocating them. Often, they see murder as the only way to breathe easy again. To see them burst out of their gender norms and tackle their problems aggressively is captivating but horrifying at the same time, like watching a moth fly into a bonfire.

My logical side screams when I see female killers start on their path toward murder. Why don’t you go to abuse shelters, contact the authorities, leave the man who is encumbering you and move on with your lives? I ask this knowing the answer: after a lifetime of circumventing problems, putting oneself second, managing emotional issues of those around you, working so hard to exist, some women decide to take what seems like the easier path: murder.

I’ve always loved these characters, these fictional women who, hardened by a world that tries to squeeze them into a certain mold or squashes their sense of freedom or simply isn’t how they want it to be, take revenge on it and those unlucky souls who get in their way.

Regardless of the reasons you might find them fascinating, read on to discover (or remember) some of the most riveting female killers in fiction.

Greek tragedies are nothing if not dramatic. At the end of Euripides’ play, Medea realizes that her husband Jason, for whom she betrayed her family, plans to abandon her and marry another woman. Unfortunately for Jason, Medea has divine relatives and an unforgiving nature. Revenge, complete and total, ensues, and possibly the most magnificent and surprising case of deus ex machina found in literature.

Fictional Female Killer #2: Tess Durbeyfield, from Tess of the d’Urbervilles by Thomas Hardy

The life of Tess Durbeyfield was never an easy one, and seeking to connect herself with her wealthy relatives doesn’t help. Readers watch the ups and downs of her character’s story with bated breath as she meets with tragedy after tragedy, hoping that by the tale’s conclusion the stars finally align for her. They don’t, of course. Tess’s final act is famously surprising—and bloody.

After sending news of a hasty marriage and suspicion that his wife is not who he thought she was, Philip Ashley’s beloved uncle dies during an extended trip to Italy. While it’s not clear whether his wife, Rachel, is a killer, the possibility hangs over Philip Ashley—and the reader—throughout the entirety of Du Maurier’s work. Rachel is one of the most mysterious female villainesses (potential villainesses, I should say) in literature.

At first glance, Cathy Ames can be defined as a psychopath, or as Steinbeck put it, a “psychic monster” with a “malformed soul.” Among other crimes, she kills her parents for making her stay in her hometown, shoots her husband when he tries to stop her from leaving him, and poisons her boss so she can become the madam of her brothel. Steinbeck referred to her as “[his] dear Cathy,” a sentiment revealed in both her detailed character description and arc.

Fictional Female Killer #5: Merricat, from We Have Always Lived In The Castle by Shirley Jackson

Merricat is, for the most part, a daydreaming and charming young girl who loves her sister. Throughout nearly the entire novel, Shirley Jackson manipulates the reader, making it seem as though young Merricat is entirely innocent—until we learn about the downfall of her other family members. 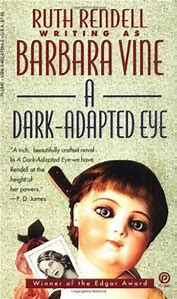 One of the most complex killers of all, Vera Hillyard’s character is explored through her niece Faith, who reflects on her currently imprisoned relative and the events that led up to her situation. Though we know Vera is a killer, Vine artfully hides who it is that Vera kills and why, making the bitter truth at the end utterly devastating.

This story focuses on a fashionable dressmaker, who may or may not be the murderess of the tale, returning to town to care for her ailing mother. The plot sounds familiar, but Ham’s Gothic tale features some of the most interesting turns in fiction. Her exploration of small town dynamics, hopelessness, and self-fulfilling prophecies is worth a deep read.

Gillian Flynn has gotten a lot of attention recently, and for good reason: her novels often explore multifaceted, complex female characters who are often villains. Gone Girl focuses on one of her most complex characters, Amy Elliott Dunne, who, sick of the societal pressure she’s faced her whole life and the circumstances she finds herself in, breaks free. 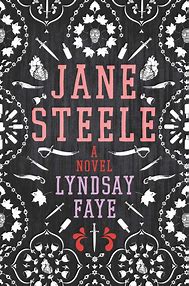 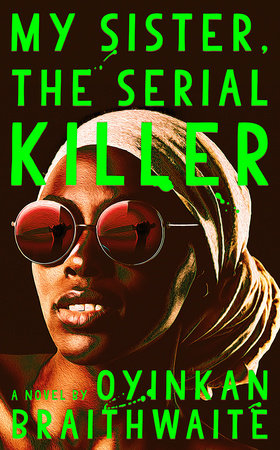 Fictional Female Killer #10: Ayoola from My Sister, The Serial Killer by Oyinkan Braithwaite

Braithwaite’s novel is more than a thriller; it’s an exploration of where serial killers come from and what happens to the people in their lives. This tale, told from sister Korede’s view, is fun and gripping, starting out by giving you a picture of the serial killer in one way, then flipping your perspective toward the end.