Posted on March 11, 2020 by somethingisgoingtohappen

Jack Bunker is a lawyer turned short-story writer and mystery novelist, although in this post you will see that he has had other occupations that feed into his fiction writing. Jack makes his EQMM debut in our current issue (March/April 2020) with the story “Active Shooter.” His 2015 novel True Grift received two starred reviews from Publishers Weekly, one for the print edition (“ . . . a fun, fast read, kind of like Elmore Leonard meets Donald Westlake”), the other for the audiobook.  —Janet Hutchings 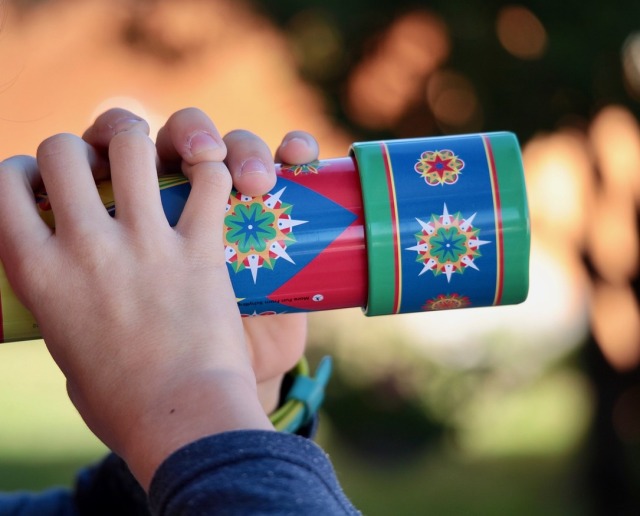 Any writer will tell you, when the kaleidoscope twists just right, there’s no better job in the world. Think of a career in which every crummy job, crappy apartment, or caustic relationship actually works for you. Imagine converting spilled oil into fertilizer or discarded beer bottles into stained glass windows. The only catch: A willingness to embrace the awful.

A few months back, while riding around town at night to pick up my teenage daughter, my own frustrations mounted as her ironclad itinerary now jiggled like aspic; our unbending rule about fully charged phone batteries now somehow . . . bent. I fumed conspicuously as I collected her from the IHOP, my impatience goosed by waiting on a tow truck to hook some slob who won’t ignore a “Towed at Owner’s Expense” posting again.

Only the next morning did I appreciate the gift of my daughter’s carelessness. Something had been missing from the book on which I was spinning my wheels. The fresh memory of the tow truck in the IHOP lot, however, dragged my story into an entirely different direction, and one offering dozens of possibilities.

Crime fiction thrives, I submit, not (just) because we share fantasies of murdering our neighbors, but because we relate to the story’s actors. It’s the little details, though, that propel us forward as readers. The suspension of disbelief required of science fiction diverges radically from crime fiction. Only a few hundred people have ever been to space. Everyone’s smelled a dumpster behind a restaurant on a hot summer night, bluish fluorescent streetlights reflected in shimmering puddles on the alley’s cracked asphalt.

Last summer, joined by those of my children not canny enough to fly with their mother, I drove from Montana to California, one of the centipede legs on a 10,000-mile road trip. Nearing day’s end, the towns seemed to grow farther and farther apart under the setting Oregon sun. Road weary, we settled on Redmond as a place to stop, and grabbed the first motel with a vacancy.

Bikers and camp followers, their hibachi braziers smoldering on the breezeway, gave us a flavor of what to expect. An emphysmatic night manager rustled us up a few gauzy towels and a tumbler of ice. What the hell, it was only a night.

From inside the room, a crack in the door had been hurriedly patched with some gooey off-white polymer. Scars in the fecal brown paint of the bathroom door evidenced either a bad acid trip, or, more likely, an abduction gone very wrong indeed.

The next day, as he parted the curtains to let in the welcome sight of another morning, my twelve-year-old son said, “Well, at least we didn’t get murdered.”

Yet, as gross and potentially lethal as the room had been, I knew that it was something I could use. Back near the close of Ronald Reagan’s first term, my roommate and I each ponied up $77.50 (ridiculously cheap even for that time) to rent a two-room cinderblock apartment without heat, a fully functioning toilet, or even a shower curtain. During the coldest Tallahassee winter in a hundred years, we played Nerf basketball at night to keep warm before jumping into polar sleeping bags, dreading the morning torture of bare feet on freezing terrazzo. My professor friend called the place “third world,” but when I need to describe squalor, that charmless hovel offers up a cheery dungeon of seamy memories.

Comic possibilities gush in inverse proportion to real-time misery. A case in point, one not especially funny at the time, might begin with the oft-forgotten admonition, “Be careful eating ceviche in Guatemala.” Emergency-room anecdotes? You say subdural hematoma, I say gold mine. The guy clipping his toenails across the aisle in coach? See you in the next novel.

The best part is that verisimilitude is enough. When the DMV mope sends you home for some wholly unnecessary chit, you don’t have to cleave his head with an axe. Just being able to recall how badly you wanted to lets the story to write itself. Any regrets from junior high? Polish them well. Someone will actually pay you money to weave them into a story about a good kid pushed past his or her tipping point.

Lousy times make for great writing. In the tapestry of America’s legends of the genre, the common thread will likely be dark. Poe, Elmore Leonard, Raymond Chandler, Stephen King, Truman Capote . . . in addition to boundless talent, discomfiting experiences (at some point whetted with whiskey), galvanized them to work their magic. Everyone has bad days. The great ones make something out of them.

The moral of this story then, kids, is when you find yourself changing a tire on an interstate shoulder, hang onto the sensation of gravel flying at your face from passing semis. When your dining companion says, unbidden, there won’t be a second date, don’t be bummed. File it away. When some jackass clips your side mirror and drives off, I’m not telling you to give up on voodoo. Just remember to jot down a couple of notes before you get out those needle-nose pliers. . . .