“Shake It Up” (by Kieran Shea)

Posted on February 5, 2020 by somethingisgoingtohappen

EQMM published Kieran Shea’s first fiction in August of 2009, in the Black Mask department rather than the usual placement for a debut, in the Department of First Stories. Since then, his writing has mostly been in the field of science fiction, where he has four well-reviewed novels to his credit. He has not given up on the crime genre, however, as Booklist’s description of his novel Off Rock makes clear: “A great tale that is part space thriller and part classic gold heist.” In this post, the author takes up a topic we’ve not often seen addressed on this site: To what extent is it appropriate for a writer’s views about our society (political and sociological observations, for example) to enter into their fiction—especially entertainment fiction.—Janet Hutchings 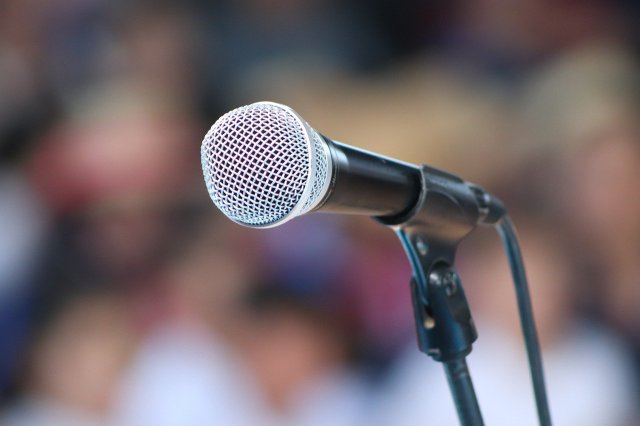 Ah, these days of deranged, suggestive spectacle—what a time to be alive, no?

A few years ago, I was invited to appear on a panel at a genre-fiction conference. I can’t recall what the panel was about; however, during my panel’s post-presentation Q&A an attendee stood up and, without warning, proceeded to lambast the lot of us. This included the panel’s gracious moderator, a kind soul who looked as if someone had just stuffed a dead rat down her blouse.

The gist of this boor’s sucker-punch was that, as authors, we ought to stick to “churning out” entertaining thrillers, whodunits, and whatnots and leave subjects like politics, religion, and sex the hell alone. You’d think the uncomfortable silence that then suffused the room would be enough to send the interjecting attendee sheepishly on their way, but you’d be wrong. Things then got very interesting. After the silence reached its fail-safe point, one of the more devilish gadflies on my panel retorted, with the laser-locked glare of an angry badger, “I’m sorry you feel that way, friend, but other than general despair and violence, what else is there?”

This rejoinder was received by the antendee about as well as the blouse-stuffing rat.

But I ask you . . . should fiction writers overtly indulge in polemics?

Outside of cave drawings, it’s hard for me to imagine a time when storytellers have not expressed their opinions or sought out argument. Even successful practitioners of romance yarns and plot-disciplined, baked-crumpet cozies fondle this forbidden fruit time and again, sometimes even brazenly. Yes, all of us acknowledge that what we create is a form of entertainment, and, yes, we all hope what we create sells, but what the grouchy accuser failed to grasp was that in order to invent such amusements, authors must build believable worlds and populate those worlds with credible characters. Stories kosherized of all sociological postulation and sex to boot would, I feel, read like a Soviet-era field manual on cheese.

As much as I believe in political self-expression, though, whenever I’m asked to submit a blog post, review, or piece of nonfiction, before tendering any material I always make an effort to clear everything I write with my agent first.

As a ferocious shield-maiden of her trade, one who negotiates, sells, and champions her roster of wordsmiths with indefatigable nerve and pluck, my agent deserves this courtesy, I believe. Most may assume I offer her this consideration because of the modest two-way fiscal relationship that exists between us, and to some extent that is true. But the real reason I defer to my agent’s critical capacities is because, on more than one occasion, she has saved me from dynamiting all my bridges and making a total horse’s patoot of myself.

Ask anyone close to me and they will readily tell you: I am more than mildly off as human beings go. No doubt these “anyones” may dither with other descriptive modifiers, some of which may even be flattering, but on balance I think I prefer the mild pejorative of off because it suggests a certain amusing unpredictability.  I like to think I’m an acquired taste, along the lines of a strange cocktail made with kümmel or a Lars von Trier movie marathon with squeaky helium voiceovers.

Unfortunately, there are consequences to sporting iconoclastic spots in a world of rigid stripes, the foremost being that, in instances when my bell gets tolled by something particularly sinister or vicious, my repulsion and anger manifests in words which at times overflow the bounds of decorum.

Thus enter my mighty shield-maiden agent, the keeper of the sacred pumped brakes. Gosh, how lucky am I that she’s always there for me before my worst impulses get the better of me.

In addition to her efforts, there’s also a personal temper maxim when I see my spleen venting permeating my nonfictional work; basically, if some thought or revelation has occurred to me, then chances are, even if it’s horrific and outrageous, it’s likely to have occurred to others as well. Being both brave enough and tactful enough to affirm these thoughts eloquently is the real trick of the craft.

But maybe not too tactful. I’m reminded of what a wise editor once told me after something of mine she published upset one of her publication’s readers. The reader was so offended that they drafted one of the longest, angriest letters the editor had ever received in her tenure at the publication. Brushing aside my profuse apology, she cannily said with a conspiratorial wink, “Trust me, Kieran, if you’re not pissing people off you’re not doing it right.”

This entry was posted in Uncategorized. Bookmark the permalink.

1 Response to “Shake It Up” (by Kieran Shea)