“Have Suitcase, Will Plot” (by Robert Lopresti)

Posted on January 2, 2019 by somethingisgoingtohappen 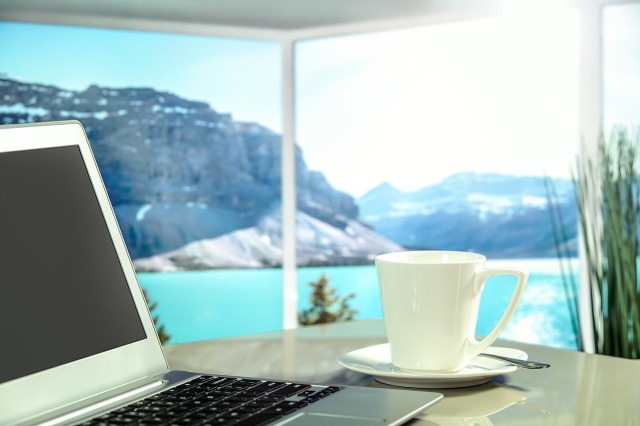 With many readers just back from holiday travel, we thought this post by Robert Lopresti would start 2019 off just right. It complements his story “Please Do Not Disturb,” which appears in our current issue, January/February 2019. Rob is one of the genre’s best-known short-story writers; his many published tales have won three Derringer Awards and a Black Orchid Novella Award. He’s also the author of two novels, but the short story (of all lengths) is really his speciality. “Please Do Not Disturb” falls into the “short short” category, and it demonstrates the impact a few well-chosen words can have. Happy New Year!—Janet Hutchings

“A writer never takes a trip purely for pleasure.”
—Fredfitch

Two years ago my wife and I took a tour of Scotland, and a lovely trip it was. One evening we were sitting in a hotel room in Stirling and I found myself contemplating the nature of hotel rooms. (It had been a long day.)

And suddenly I had an idea for a crime story, all about a hotel. I picked up the nearest piece of paper, which happened to be the itinerary for our trip. It was only five pages long, so I wound up writing a piece of flash fiction, less than a thousand words long. Who knows? If our trip had been longer, I might have wound up with a novella.

I bring this up for two reasons. First, because “Please Do Not Disturb” is gracing the pages of the January/February 2019 issue of Ellery Queen’s Mystery Magazine, and I am delighted about that. The second is to illustrate the point Fredfitch is making up above. (Fredfitch by the way, is the pseudonymous author of the website called The Westlake Review.)

An author may go on vacation, but the writing part of the brain never really goes off duty. You never know when some new sight or insight may lead to something wondrously publishable.

A decade ago we volunteered at an archaeological dig in Israel. One day on a break I was sitting under the semitropical sun and a story idea popped into my head. You might expect that I dreamed up something full of Middle Eastern intrigue, or at least a tale of archaeological mischief.

Alas, no. “Shanks’ Ghost Story” (which appears in Shanks on Crime) is a tale of writers up to no good, and is set in a Pennsylvania farmhouse at Christmastime.

You may wonder how that idea connects to the place where I dreamed it up. It doesn’t. That’s the sort of thing that happens when a writer goes on vacation and lets his mind go free-range.

Of course, it doesn’t always work like that. When we visited Barcelona, Spain, I thought of a story set in, wonder of wonders, Barcelona. “On The Ramblas” appeared in Murder Under the Oaks, the 2015 Bouchercon anthology (and I even managed to include a reference to Spanish oak trees).

So far I have talked about writers stealing time from their trip to write, but there is the other kind of vacation, when the author deliberately sets time aside for that purpose. Some of the best parts of Greenfellas, my novel about New Jersey mobsters, were written in a laundromat in Port Townsend, Washington, while my wife was attending a music camp there. (The camp was in Port Townsend, not in the laundromat. Stop being silly.)

And speaking of stopping, I am going to end this piece before it gets longer than the story that inspired it. I hope your vacations are crime-free, except for the fictional kind.

1 Response to “Have Suitcase, Will Plot” (by Robert Lopresti)