Posted on May 8, 2013 by somethingisgoingtohappen

Last week the Mystery Writers of America held its annual Edgar Allan Poe Awards banquet in Manhattan. Each year, writers come from all across the country to attend this formal dinner and the many parties, signings, and panel discussions that revolve around it. Mystery editors, agents, and publishers spend much of the week entertaining their out-of-town authors, and as soon as the New York events are over, it’s on to Washington D.C. for one of the most popular mystery conventions, Malice Domestic, always held the weekend following the Edgars.

My hands are pretty slow on the keyboard after so many days of nonstop conversation, so I’m only going to hit the highlights of that terrific week and let photos of a few of the parties, ceremonies, and gatherings do most of the talking.

It was a week of reconnecting with old friends in the business—too many to mention individually—and the photos we’re including here were donated by others, so there are inevitably a lot of people closely connected with the magazines who don’t appear. 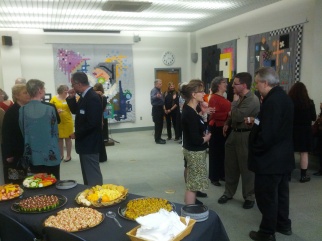 For the Dell Mystery Magazines (EQMM and AHMM), the biggest event of the week is not the Edgar Awards banquet itself but the pre-Edgars cocktail party we host just prior to the banquet.  We had some special guests with us this year. MWA’s new president, Charlaine Harris, and her husband, Hal Schulz, were in town for the festivities and made it to the Dell party before Charlaine was due to take up her MWA duties. And this year’s MWA Grand Master Award cowinner, Margaret Maron, and her husband, Joe, were back in New York and at the Dell party prior to Margaret’s investiture.

The purpose of the Dell pre-Edgars party is to honor writers of the mystery short story, including our Edgar nominees, and to present the EQMM Readers Awards. It’s a rare year when all of our Edgar nominees and all of the Readers Award winners can make it to New York. This year we were sorry not to have either Tom Piccirilli, author of the Edgar-nominated story “The Void It Often Brings With It” (EQMM 11/12) or Lia Matera, author of the third-place Readers Award-winning story “Champawat” (EQMM 9-10/12) with us. But Doug and Eve Allyn and David and Robin Dean were on hand, David accepting the second-place Readers Award for his story “Mariel” (EQMM 12/12) and Doug accepting the first-place award for “Wood-Smoke Boys” (EQMM 3-4/12).  Also present, having come all the way from the Catalan city of Barcelona, were author Teresa Solana and her husband and translator, Peter Bush. Teresa’s Edgar nomination for her March/April 2012 EQMM story “Still Life No. 41” together with the recent publication of her third novel in English translation, The Sound of One Hand Killing, inspired the long journey—perhaps the greatest distance any Dell Magazines nominee has ever traveled for the Edgars. I speak for everyone at the magazines when I say we enjoyed welcoming them into the Dell fold. 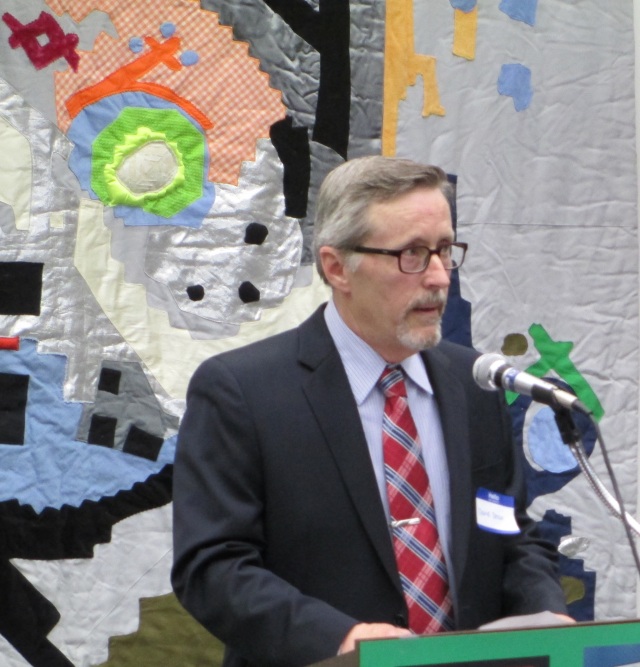 After a late-night trip home following the Edgars banquet, it was time for me to start packing for the Malice Convention. This was a special year for Malice, its 25th anniversary, and since I was one of the attendees of the original convention all those years ago—a small gathering in a hotel in Silver Spring, Maryland—I didn’t want to miss it.  A canceled flight and a late arrival notwithstanding, I particularly enjoyed this year’s convention, which featured, among other remembrances, the release of the nearly 500-page volume Not Everyone’s Cup of Tea: An Interesting and Entertaining History of Malice Domestic’s First 25 Years (Wildside Press), in which dozens of authors and others in the business (including me and my colleague Linda Landrigan) share experiences of Malice camaraderie and fun.

EQMM and AHMM each had a nominee in the field of five stories up for the Malice Domestic Convention’s Agatha Award: B.K. Stevens for her AHMM story “Thea’s First Husband” and Dana Cameron for her EQMM story “Mischief in Mesopotamia.” Dana was the winner, taking home her third Malice teapot in the short-story category. (Below, there’s a picture of her holding it at the table she graciously hosted at the banquet.)

Another Edgars and another Malice have come and gone, leaving us all tired, but happy to have reconnected with old comrades in the mystery community—and glad to have made some new friends too!—Janet Hutchings 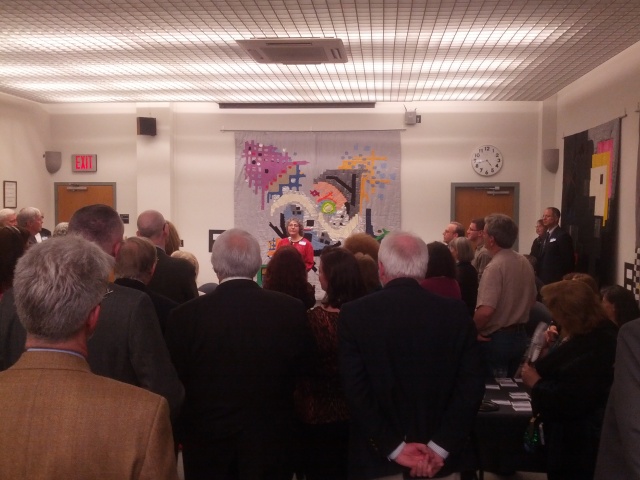 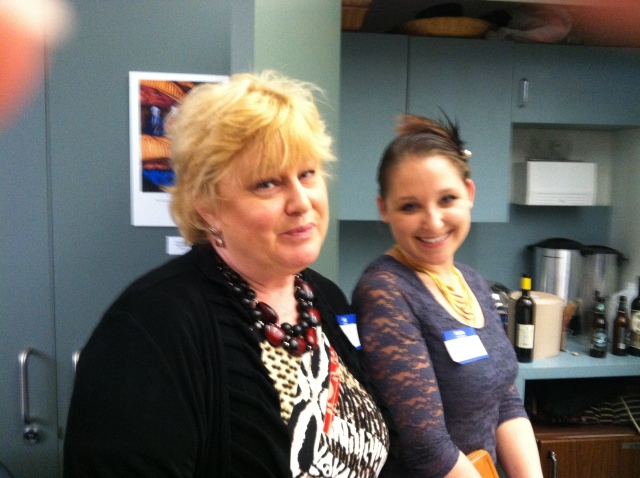 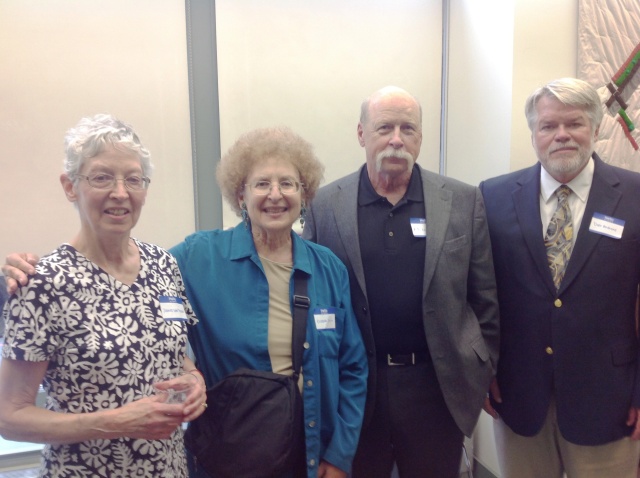 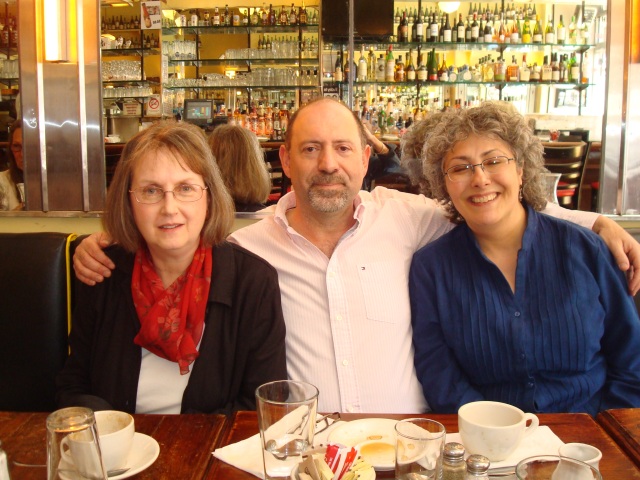